GIVING ADVENTURES IN BABYSITTING (1987) SOME CREDIT 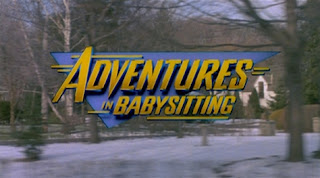 Recently I had a fascinating and unexpected film conversation with a co-worker whom you would never expect to say that Adventures in Babysitting (1987) is one of his favorite and most inspirational movies.  That weekend while I planned to continue my cinematic journey through the works of Ingmar Bergman (via that wonderful Criterion Collection box set), that conversation stuck with me and I instead ended up re-visiting Adventures in Babysitting and had forgotten how good the opening credits sequence for that picture is.  It really does a fantastic job and setting up the conflict while being catchy, commercial and memorable at the same time. 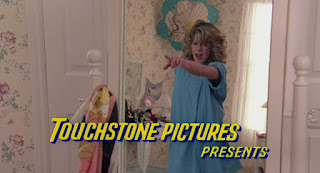 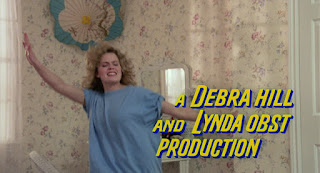 The opening titles for Adventures in Babysitting features star (and my teenage crush) Elizabeth Shue preparing for the date of a lifetime as she dances to “Then He Kissed Me” by the Crystals.  The man she’s in love with is Bradley Whitford, who would later grace the halls of NBC’s The West Wing as Deputy Chief-of-Staff Josh Lyman.  The choreography and editing in this sequence are top notch as she lip-syncs and moves in perfect anticipation for this guy that she believes (and we get this without any dialogue at all being spoken) is ‘the one.’  I mean, she even pretends her curtain is a bridal veil. Granted the marriage part is also in the song, but the song choice here is also inspirational as it telegraphs the full tale of what is going on inside this woman’s head.  You also have the very 80s looking neon titles flying by, but it’s really the cutting together of the sequence with Shue’s choreography that makes it stand out as a key example of using an opening credits sequence to get across a vast amount of character and story set-up while still being entertaining (and of course aids in selling soundtracks). 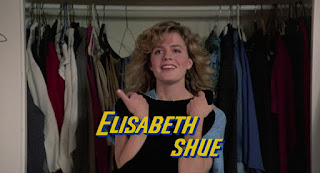 The best part about this sequence is that it sets up just how wrong this woman’s evening is about to go. She’s way too happy, and clearly the man she is anticipating is going to let her down (emphasized even more when his car shows up in her driveway with the license plate reading “so cool” meaning he’s clearly a douche and won’t be the right guy for her) and her night is going to go to hell and fast.  The title is of course Adventures in Babysitting, so clearly this important date must go south so that Elizabeth Shue ends up having to take the babysitting job.  I mean, the ‘Babysitting Blues’ don’t just happen without some sort of inspiration!  And be sure, you just don’t F- with the Babysitter. 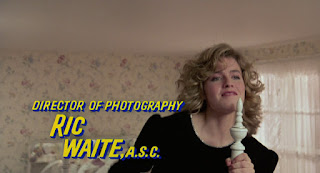 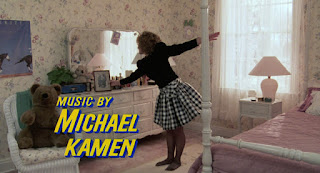 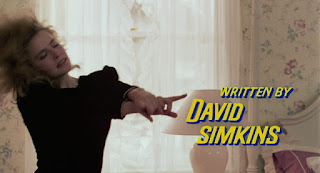 For a commercial teen comedy that at first glance seems nothing more than a fluffy, teen, popcorn movie, this is a very clever way to open the picture.  This was Chris Columbus’ directorial debut, and he would later go on to direct Home Alone, Mrs. Doubtfire and the first two Harry Potter pictures among others.  There is something about this picture that has made it stand up to the test of time. Sure, Elizabeth Shue is dressed very 80s and smartphones let alone consumer cellphones aren’t a thing yet (and probably would have helped the evening go much smoother), yet the movie somehow manages to feel ageless. 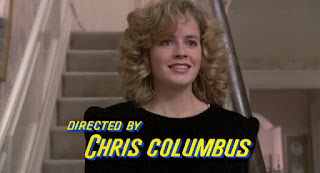 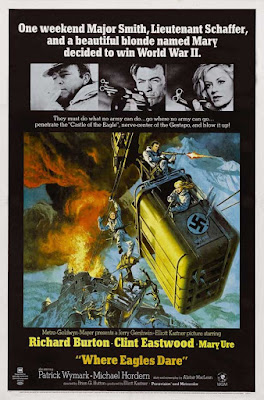 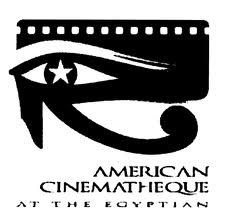